Dorian studied teaching, and then some years later, art with the Sicilian painter Beppe Assenza. Dorian worked as a primary and art teacher in Switzerland, Germany, England, Egypt and Zanzibar. In between Dorian also worked as a copy editor, film subtitle editor and social therapist with people with learning difficulties and mental health problems. In England Dorian exhibited at the October Gallery, the Wigmore Hall, Leighton House,  Lauderdale House, The Actor's Institute, The Economist, Dunvegan Castle and Hoathly Hill Gallery.

In Cairo Dorian Haqmoun painted full time for several years, had one person shows at the Gezira Art Center, the Center for International Cultural Cooperation,  and participated in group shows such as On a Caravan (an annual group show), The Russian Cultural Center, and the Portrait Gallery.

In 2012 Dorian moved to Zanzibar to help start a school for orphans and children from disadvantaged families. Dorian Haqmoun still lives in Zanzibar, paints and takes photos. They participated in the first Zanzibar Visual Arts Festival in October 2019.

"My work has been deeply inspired by a trip to Kerala, India in 1993, where I was a student at a winter school for the performing arts for a month. I studied the visual arts while being surrounded by actors, musicians and dancers and watching their performances. From the study of Sanskrit calligraphy, mandalas and tantras I moved to Islamic calligraphy, architecture as well as poetry, painting and music."

"My most recurring theme is the gate. I am deeply drawn to the arches,  gates and passages seen in mosques and other buildings of the Islamic world. The gate has a deeper meaning for me: it is a passage between an outer and an inner space, a doorway leading into a world that can only be imagined. The quiet realm of colour in my paintings is filled with the sound of unheard music." 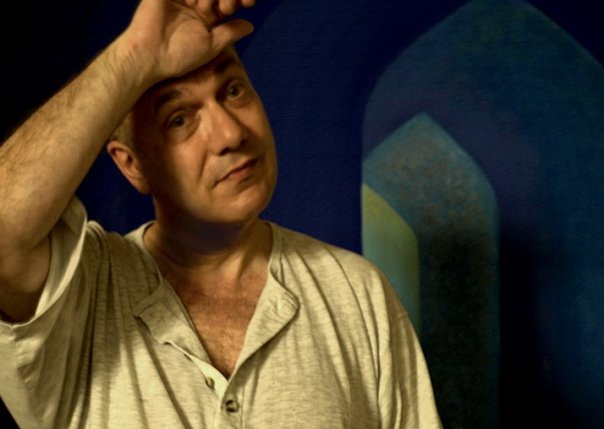